How to Reduce the Risk of Lymphedema

Lymphedema is a swelling of the superficial tissues. Typically it is a consequence of removal of the lymph nodes.  Historically, there has been poor quality data and only moderately helpful treatments for this entity. The difficulty with this entity is that we do not know that it exists until it develops as swelling. Once swelling develops, for the most part, it is a lifelong diagnosis requiring lifelong treatment, and is potentially not reversible.

Lymphedema affects approximately 2 to 7% of breast cancer patients undergoing sentinel lymph node biopsy and between 10 to 50% of patients undergoing full axillary dissection, on the higher end in those that also require radiation. In the last decade or so, survivorship, and helping patients through the consequences of their cancer treatments to establish a better quality of life, has come to the forefront of patient education and research. With that, researching the topic, and establishing protocols, have resulted in a better understanding of this entity. Along those lines, there have been some significant advances in the surgical prevention and as well as management, and potentially reversing lymphedema.

I took a course almost 2 years ago, during which I learned several different surgical techniques that have been shown to reduce the risk for development of lymphedema, even in those scenarios, where a patient requires the most invasive surgeries (axillary dissection and radiation). I have been using these in practice since that time, so far, with good results.

In addition, there is a device that can be used to both establish a baseline for patients prior to lymph node surgery as well as be used to track them after that surgery to look for evidence of lymphedema prior to developing as swelling. This is called bio impedance. The trade name for the device we are using is called SOZO. Studies have shown that if it is identified and managed before the swelling starts, over the course of a month, in the vast majority of patients, we are able to prevent full-blown lymphedema, and does not result in a lifelong diagnosis requiring treatment. We began using this device in The Breast Health Center as of December 2020.

We are now in the process of establishing a database to be able to track our own patients and develop a number of research initiatives within The Breast Health Center. Additionally, we are incorporating the GYN oncology service, which also performs lymph node surgeries, and thus, has a significant proportion of their patients develop lymphedema. We will begin to use this bio impedance device in that patient population in the near future. The potential implications that this particular application provides is the ability to try these new surgical techniques which we are currently using in breast cancer patients, on that patient population to see if we can improve lymphedema rates in them as well. This, in the very early stages of development. 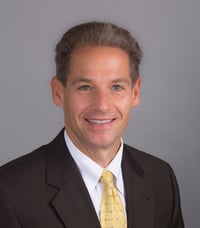