October 11th, 2020, marks the 32nd anniversary of National Coming Out Day, which coincides with the National March on Washington for Lesbian and Gay Rights. It is a celebration of individuals coming out as lesbian, gay, bisexual, transgender, or queer (LGBTQ), and Care New England formally recognizes National Coming Out Day to remind our employees that you have the right to come to work as your whole self—whoever you are, whoever you love!

National Coming Out Day affirms the message that the act of individuals “coming out” is powerful, transformative and lets everyone know that members of the LGBTQ+ community matter. One out of every two Americans has someone close to them who is gay or lesbian, and for transgender people, the number is only one in ten. The reality is when people know someone who is LGBTQ+, they are far more likely to reduce their prejudices, increase their sensitivity, and support equality. Even within the LGBTQ+ community, “coming out” is regarded as powerful and a tremendous act of bravery because coming out to friends and family can literally bring physical harm to some, while others are immediately isolated from their families. Today, the estimated number of people who identify as LGBTQ+ is ten to twenty per cent of the general population, while there is still a large population of individuals under the age of 18 years old who live in communities that do not accept LGBTQ+ individuals—resulting in increased rates of depression and suicide.

We have seen some major advances in acceptance of LGBTQ+ persons in the United States, but we have also seen attacks on their rights like barriers to transgender individuals serving in our military, and in some places, problems accessing healthcare out of fear of being outed, not being accepted, and not being treated properly. Conversely and optimistically, the suggestion that conversion therapy as a way to “cure” people being banned in many States, including Rhode Island, is very encouraging. However, we also have to remember those who are further at risk in the LGBTQ+ community; Black and Latina transgender women who have the fewest voices speaking on their behalf. The attacks and murders on this segment of the LGBTQ+ community are virtually unnoticed by the press.

In spite of all the risks, still, the general consensus is the more people who safely and proudly speak out about who they, the more likely people will engage in these important conversations and learn to celebrate the uniqueness of each individual.

Moreover, by engaging in dialogue and political action to demand laws and protections, promoting educational reform and improving training of first responders, and increasing economic opportunities for the LGBTQ+ community will help clear the path that leads to full inclusion and protection in our society. Ultimately, when people are able to share their stories and live openly and honestly without fear of retribution, they will be able to freely partake in all of the advantages that our society has to offer. Ultimately, the more of us who come together in support of equality the harder it makes it for others to face us in opposition. We encourage you to have a voice in supporting each other. 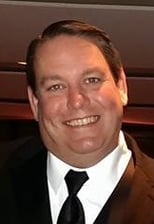 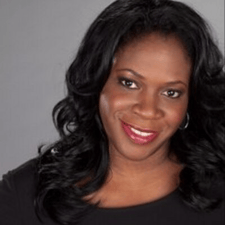